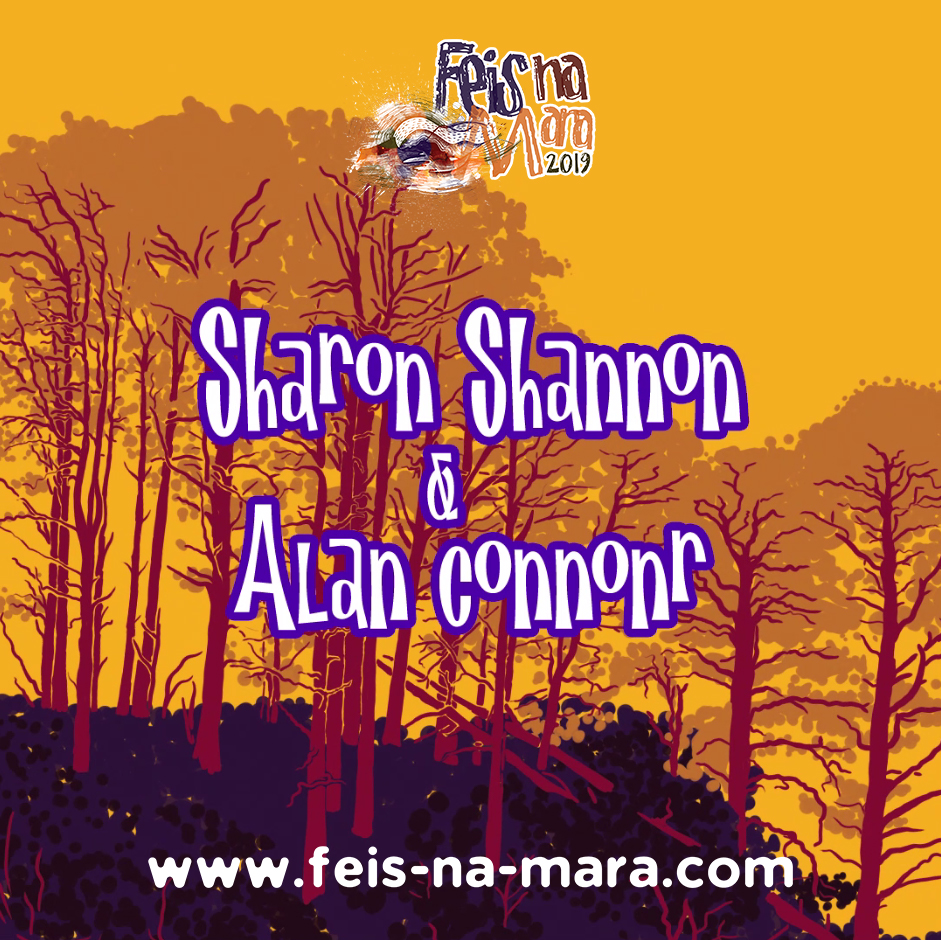 Sharon Shannon and Alan Connor come to Arisaig in October!

Sharon barely needs an introduction. Her self-titled debut album, in 1991, ‘Sharon Shannon’ was the best-selling album of traditional Irish music ever released there. She’s been a leading light in the diddly music scene since 1989 when she joined iconic band The Waterboys, and cemented her fame when she recorded the World No. 1 song Galway Girl with Steve Earle in 2000.  She is renowned for her collaborations, not just in Irish traditional music, but through all musical genres, Hip-Hop, Cajun, Country, Classical and Rap. Sharon has recorded and toured with a who’s who of the Irish and Global Music Industry, including Bono, Adam Clayton, Sinead O’Connor, Jackson Browne, John Prine ,Steve Earle, Mark Knopfler, The RTE Concert Orchestra, The Chieftains, The Waterboys, Willie Nelson, Nigel Kennedy, Alison Krauss and Shane MacGowan – a list that is testament to Sharon’s versatility as well as talent.

Alan is a multi instrumentalist who has served as right hand man to International Artists Sharon Shannon & Jack L over the past 10 years. He has toured extensively all over the world including the USA, Australia, Asia, Canada & all over Europe. He has also played with artists such as Imelda May, Shane MacGowan, Something Happens, Mary Black, Steve Earle, Mary Coughlan, Frances Black, Finbar Furey and many more.

It’s a real honour for Fèis na Mara to welcome these two outrageously talented individuals from across the Irish Sea!!!

You can buy tickets here.

If you missed it, we just released out full line-up:

Keep up to date with festy news